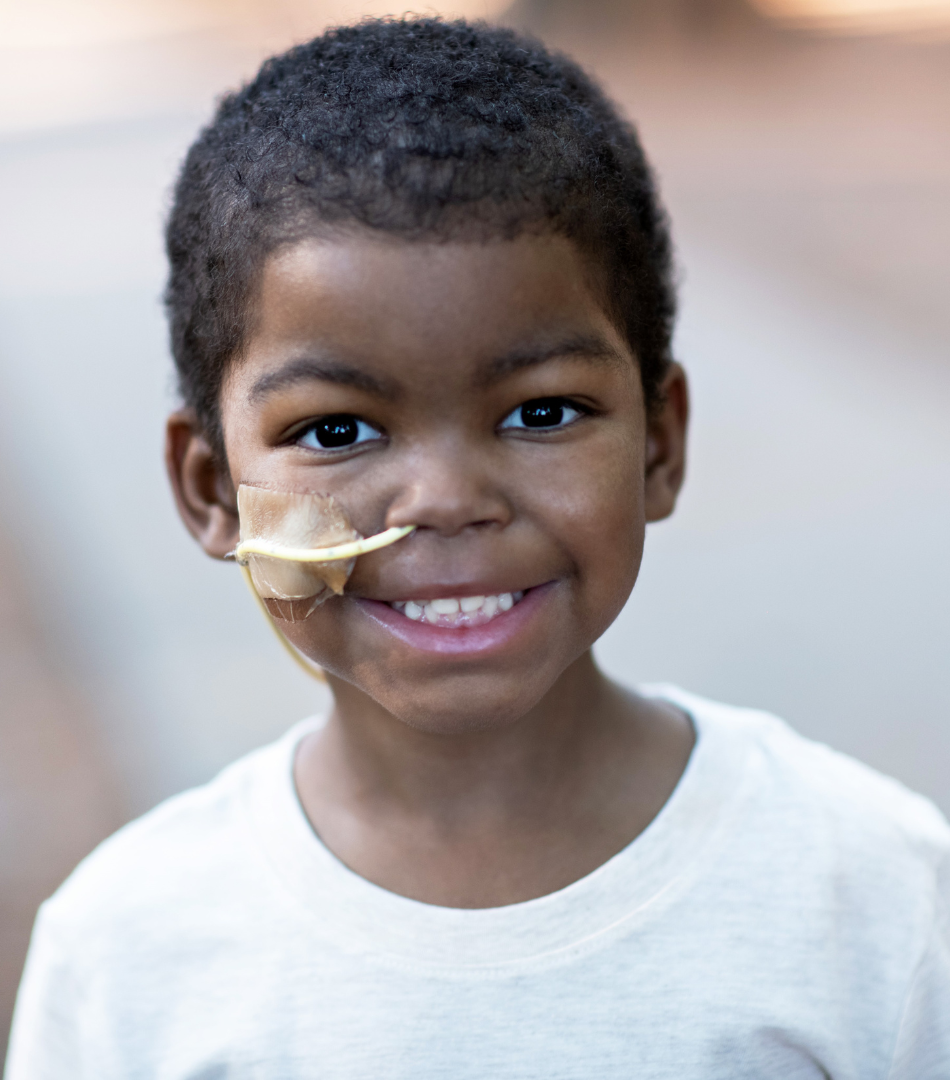 6-year-old Cayden is a fun and cheeky little boy, who loves to dance and play with his older brother, Christian.

In April 2020, when Cayden was only 3 years old, he was diagnosed with a rare form of leukemia called acute lymphoblastic leukemia PH+.

It all started when Cayden started complaining of leg pain…

As the days went on, Cayden lost his appetite (and he was a big eater!), he came down with a persistent fever, and he stopped walking due to the excruciating pain.

Cayden was eventually taken to the ER where they performed several tests, only for them all to come back clear.

It was recommended that Cayden get a blood test, and the next day he received the life-changing news…

“My hands and feet went numb, I began to shake and sob uncontrollably. I remember collapsing in my husband's arms and didn’t hear anything after that. I have a horrible memory, but I remember that day like it was yesterday,” his mom told us.

After receiving his diagnosis, Cayden was immediately rushed into surgery to get a port placed and to have an NG tube (nasogastric intubation) inserted, which is how he was receiving his oral chemotherapy throughout his treatment.

Since then, Cayden has endured…

His parents had to give him his chemo and his other medications at home. He didn’t have an easy experience as the NG tube and administration of the chemo drugs was very uncomfortable for him.

Despite the pain and discomfort of treatment, this tough little guy never stopped fighting and always had a smile on his face.

Cayden finished his treatment in April 2022.

He still experiences some post-treatment side effects such as high blood pressure, and he now needs extra learning support.

However, this little fighter is pushing through and enjoying his life as a normal kid.

Cayden’s family and his care team are always rooting for him and making sure that cancer was only part of Cayden’s life – not his whole life.

Cayden, your strength and courage is so inspiring… we’re riding for you this September!